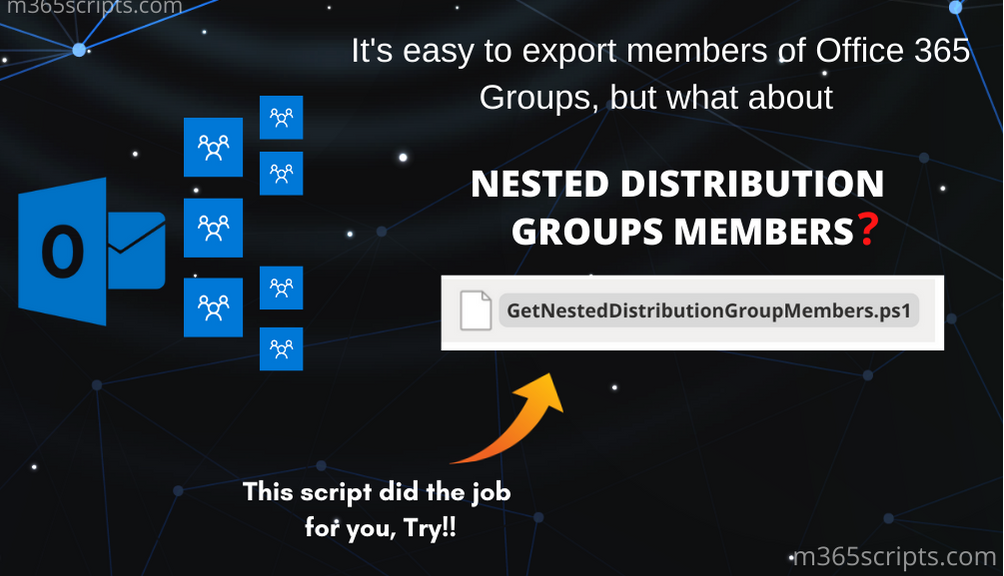 A Distribution Group is used to send emails to multiple recipients at once (both internal and external users) that are particularly significant for providing support to users. Efficiently adding members to the Distribution group is crucial to maximizing productivity.

What are Nested Distribution Lists?

To Export the nested distribution group members’ details are one of the foremost errands to work. It takes a long time to acquire information because you have to navigate each group. As a result, the GUI mode is unable to export the information.

Thus, our PowerShell script made this task much facile for you! With two types of reports provided by our script, you can get deep insights into your nested distribution group membership.

How to Execute the Script?

To run this script, you can choose any one of the below methods.

Method 1: You can use the below method to run the script with both MFA and non-MFA accounts.

Method 2: To run a script non-interactively (i.e., Scheduler-friendly), you can use the below format

Once you run the script, it’ll export two output files. The output file will be stored in the current working directory.

The summary report gives an overall outlook on the details of the Office 365 Nested Distribution groups. It has the following attributes.

The detailed report provides a full report on each of the nested distribution groups, including the total number of members as well as their names.

The detailed report gives the in-depth reports with the following attributes:

Get More Extensive Reports With AdminDroid:

Specifically, if you need further sliced reports on nested distribution groups or any other groups, I suggest taking a look at AdminDroid Office 365 reporting software. For groups, it provides detailed reports on the following category,

Inactive Distribution Groups based on

We’re not stopping here! AdminDroid allows you to search by user, each group, each type, and more for whatever you need. AdminDroid has 1500+ reports with aesthetically attractive smart dashboards and a birds-eye perspective. It gives extensive information on audits, analytics, usage data, security, etc. With this tool, you can quickly get all sorts of reports about your Microsoft 365 environment.

I hope that this blog has given you a better understanding of how to obtain the details of an Office 365 nested distribution group.

by Pavithra time to read: 3 min 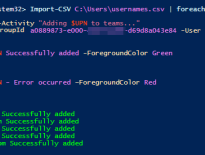 Microsoft 365 How to Add Bulk Users to Microsoft Teams
0