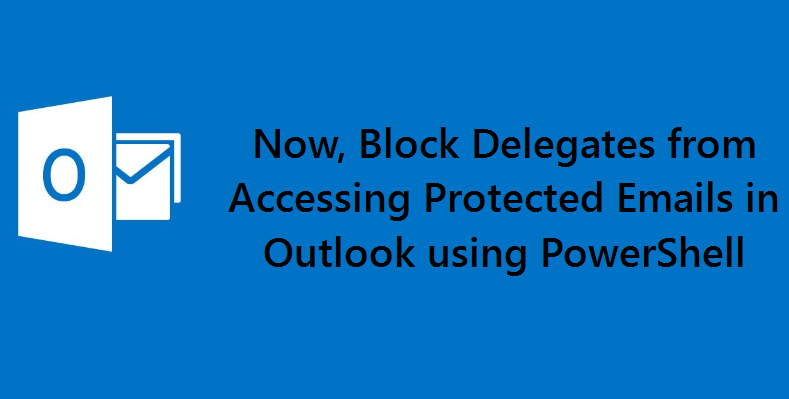 Delegate Access Control on Protected Emails – How it Started?

Even though the feature exists already, it has a few inconsistencies. When a delegate has full access to the mailbox, the delegate can access encrypted emails based on the Outlook client they are using.

Shared mailbox access: When a delegate has full access to a shared mailbox, they can open encrypted messages in Outlook clients, such as OWA, iOS, Android, Mac, and Mail app on Windows. For Outlook for Windows, the delegate must have the ‘Full access’ rights and ‘AutoMapping’ parameter set to $true.

With the new update, Outlook will provide consistent access control on encrypted emails for delegates and shared mailbox members.

Also, Microsoft has introduced 3 new PowerShell cmdlets to manage granular access control of encrypted content. You must connect to Exchange Online PowerShell to use these cmdlets.

This example returns Full access delegates who are blocked from reading IRM-protected messages in John’s mailbox.

The above example unblocks Chris and allows him to read encrypted emails from John’s mailbox.

Things to be Noted:

When Will this Feature be Available?

The delegate access control on protected emails feature is rolling out now.

How Protected Emails Will Look to Blocked Users:

If a delegate is blocked to view the owner mailbox’s encrypted email, the delegate will see the following when they open it.

If a shared mailbox member is blocked from viewing protected email in the mailbox, the user will see the following when they try to open protected emails.

by Kathy time to read: 2 min 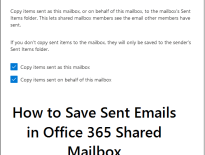 Exchange Online How to Save Sent Items in Shared Mailbox
0